You can't be mighty,
if you don't have something great to overcome! 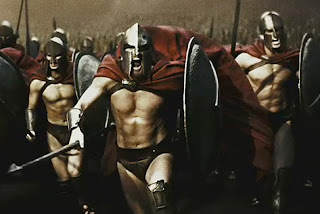 
Have you ever heard of David's 'Mighty Men'? The 23rd chapter of 2nd Samuel gives three examples of very strong, brave and faithful men. Each man faced a different challenge, but through faith, was able to overcome their enemies. Let's take a look at each man, and see who we can identify with.

Mighty Man 1: In verse 8 we hear about a man named Josheb. He was a man who raised his spear against eight hundred men, and he killed all of them in one encounter. This was a man who faced overwhelming odds and was able to overcome.

Mighty Man 2: In verse 9 we hear about a man named Eleazar. As everyone else in his army was starting to retreat, Eleazar stood his ground. He fought and fought until his hand froze to the sword. This was a man who faced the limit of his strength and continued to fight.

Mighty Man 3: In verse 11 we hear about a man named Shammah. The Philistines started to band together in the middle of the field, and the troops from Israel fled. Shammah took his stand, though, in the middle of the field, defended himself and won a great victory for the Lord. This was a man who was not in the best position to win, but had great courage. He was vulnerable, but kept his faith.

All of these men faced great odds, each in a different way. After reading each story I had to ask myself which story related to me the most. I had to choose Shammah. It took me becoming completely vulnerable before I could ask the Lord for strength and direction. Although everything felt wrong about it, it was the best position I could ever put myself in.


So the question is simple.
Which man most relates to you and why?

Posted by Manturity at 4:55 AM